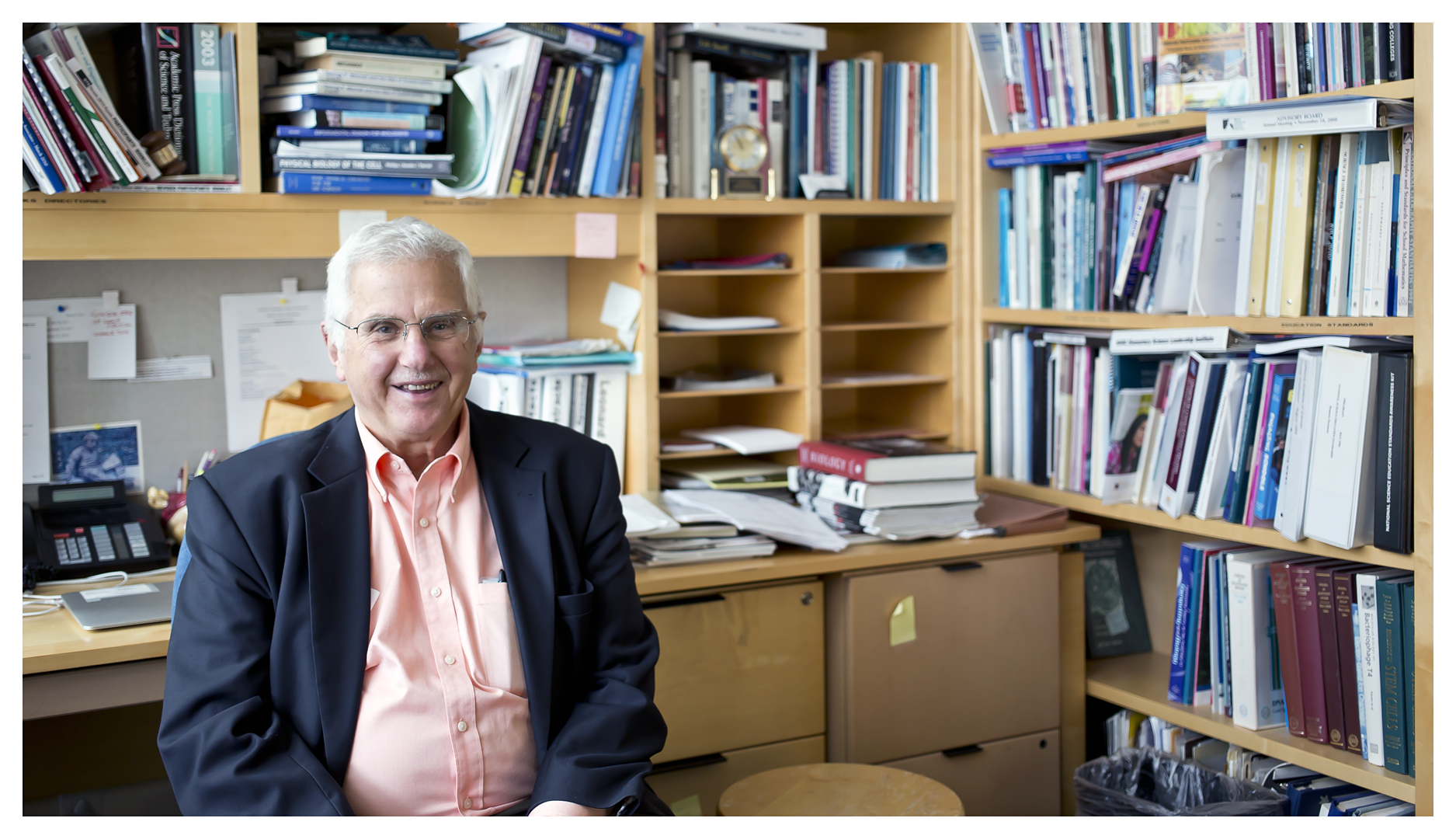 Bruce Alberts in his office at UCSF Mission Bay, October 2014 by Christopher Reiger. (Click on the image to view and download a high res version.)

A prominent biochemist with a strong commitment to the improvement of science and mathematics education, Bruce Alberts, was awarded the National Medal of Science by President Barack Obama in 2014 and the 2016 Lasker-Koshland Special Achievement Award in Medical Science. Dr. Alberts served as Editor-in-Chief of Science (2009-2013) and as one of the first three United States Science Envoys (2009-2011). He is now the Chancellor’s Leadership Chair in Biochemistry and Biophysics for Science and Education at the University of California, San Francisco, to which he returned after serving two six-year terms as the president of the National Academy of Sciences (NAS).

During his tenure at the NAS, Alberts was instrumental in developing the landmark National Science Education Standards that have been implemented in school systems nationwide. The type of “science as inquiry” teaching we need, says Alberts, emphasizes “logical, hands-on problem solving, and it insists on having evidence for claims that can be confirmed by others. It requires work in cooperative groups, where those with different types of talents can discover them – developing self confidence and an ability to communicate effectively with others.”

Alberts is also noted as one of the original authors of The Molecular Biology of the Cell, a preeminent textbook in the field soon to be in its sixth edition. For the period 2000 to 2009, he served as the co-chair of the InterAcademy Council, a new organization in Amsterdam governed by the presidents of 15 national academies of sciences and established to provide scientific advice to the world.

Committed in his international work to the promotion of the “creativity, openness and tolerance that are inherent to science,” Alberts believes that “scientists all around the world must now band together to help create more rational, scientifically-based societies that find dogmatism intolerable.”

Widely recognized for his work in the fields of biochemistry and molecular biology, Alberts has earned many honors and awards, including 16 honorary degrees. He currently serves on the advisory boards of more than 25 non-profit institutions, including the Gordon and Betty Moore Foundation.